Aliens - Maybe They're Just Playing With Us? 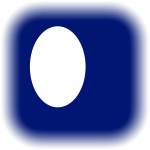 How humans treat lower life forms is probably a good example of how we are likely to be treated if an alien species more advanced than our own ever visits us.

We could be treated like pets: kept in comfortable conditions, well fed, and played with, but without any true freedom. Or we might be used for sport and entertainment: hunted down and captured or killed as spectators watch. Maybe we would be viewed as annoying pests: something to be eradicated to make life more comfortable for those coming to live on our planet.

Or maybe we would be generally ignored, but sometimes toyed with and killed for fun when we are encountered, such as when a child with a magnifying glass follows ants around burning them to death without a second thought about the pain and suffering caused. The child does not relate to the almost insignificant life that it's extinguishing. And so it could be when we are encountered by an advanced alien life form.

My short story, 'Thing in the Sky', illustrates that last casual form of treatment. The alien entity in the story seems to be just playing with the military pilot that encounters it. It's hard to see any other reason for its actions. But maybe there is?

Read the entire story below and find out.


“Wolf One. Control. Patrol completed. Return to base. Set heading two-six-four. Over.”

Flight lieutenant Donald Jenson signed with relief. The lone patrol had been long and uneventful. He eased the control stick of his Typhoon fighter to the right. “Control. Wolf One. Affirmative. Returning to base.” He watched his head-up display, glowing pale green against the blue midday sky beyond, as the heading indicator changed. He brought the stick back to the centre. “Heading two-six-four confirmed. Over.”

It would be a straight thirty-five minute journey home, so Donald engaged the autopilot and let go of the controls. He flexed his fingers and cracked his knuckles and then glanced down at the thick blanket of cloud that was shrouding the North Sea 10,000 feet below. It would be another gloomy day for any fishermen down there. He looked at his radar display. There were several large contacts on the surface, all matching the profile of the trawlers that sailed out of Aberdeen and Fraserburgh. Despite the boredom of the last couple of hours he would much rather be in a warm cockpit bathed in sunshine than rolling around on a stormy grey sea smelling like an old unwashed fishwife.

Something glinted in the corner of his eye. Donald looked to his right and to the north. It looked like another aircraft, a very small one, at least two miles away.  And it was approaching. Strange, his Typhoon’s warning system should have already alerted him to that. He looked down at his radar display again. Other than a couple of high altitude civilian passenger aircraft more than thirty miles away it showed no other air traffic, and certainly nothing as close as the one he had just seen. He looked north again. It was still there, and it looked no more than a mile away now. He decided to call it in.

“Control. Wolf One. Unidentified contact one mile due north at 10,000 feet.  Confirm. Over.”

“Wolf One. Control. Negative. Unable to confirm. Do you have a reading? Over.”

“Control. Wolf One. Negative. Visual only. Contact now less than five-hundred feet away. It’s pulling alongside. Over.”

“Wolf One. Control. Can you describe it? Over.”

As a precaution Donald switched off the autopilot and took control. He kept his aircraft steady as he looked at the object. It was now right alongside, less than a hundred feet away. A tinge of fear passed through his mind as he examined it. “Control, Wolf One. It’s oval, about six feet long, and coated in a translucent and reflective shell. There appear to be no discernable wings or control surfaces, and no identifiable propulsion system.” He noticed something else, his fear deepening. “And there’s something moving inside it.  Over.”

“Wolf One. Control. Confirm. Have you seen the pilot? Have you made contact? Over.”

“Control. Wolf One. Negative. I have not seen the pilot or made contact.  Something is moving inside the object, but it is not…”

There was a loud bang and the Typhoon rolled suddenly to the right. Donald corrected the roll. An alarm warbled. The plane was shuddering. He looked out and saw the unidentified object rising up over his aircraft. Red warnings had appeared on one of his screens. He immediately looked out at the starboard wing. The wing tip had been sheered off. “Control. Wolf One. I think it rammed me!” He silenced the alarm and read more data on his screens. “Damage to the starboard wing. Fuel is leaking.” He pushed forward on his flight stick. “Taking evasive action. Over.”

“Wolf One. Control. Acknowledged. We are still unable to confirm your contact. Over.”

The cockpit darkened as the Typhoon descended steeply through the dense clouds. And then the aircraft seemed to jerk upwards. There was another loud bang. The alarm sounded once more. The shuddering increased.

The cloud cleared revealing the murky grey vista of the North Sea. And more importantly, the port wing, which was now also missing its wing tip. The unidentified aircraft was matching the Typhoon’s course and speed just a few feet beyond the wing.

“Control. Wolf One. Port wing now damaged.” Donald said; his breathing now rapid. He banked to the right, skimming below the clouds just 2,000 feet above the dark foaming waves below. “Controls are sluggish. Ailerons damaged.”

Levelling off, Donald looked all around. For a moment he thought he had lost the object, but then there it was, right above and just behind the cockpit canopy. “It’s matching my every move.” He pushed on the thrust control.  “I’m going to try and outrun it. Accelerating to…”

Another bang and a tearing sound. Airspeed began to drop dramatically. The engine failure warning sounded. Donald struggled with the controls. The nose dropped. The almost black sea, speckled with white foam, filled the view ahead.

The Aircraft spoke a warning, its voice female and stern. “PULL UP.  PULL UP.”
Donald tried, but the controls did not respond. “Mayday mayday mayday.  Control. Wolf One. Twin engine failure. Controls unresponsive…”

There was another bang. The aircraft pitched forwards into a vertical dive. The view ahead began to spin.

Instinctively, and with adrenalin coursing through his veins, Donald sat up straight, tensed, and then pulled on the handle between his legs. An intense roar filled his ears and he felt crushed into his seat. And then an instant later he felt light. The roar was replaced with noisy gusting wind. Rain lashed against his visor. There was bang, and then a jerk, and Donald found himself, feeling dizzy, hanging beneath a wide white and red canopy. As he swung too and fro he looked down and noticed a round white section of the sea a couple of hundred feet below: the point where his Typhoon had impacted. As he watched the sea quickly erased all evidence of his aircraft from existence.

There was a splash right below as his seat, separated from him only seconds ago, hit the water. The reassuring yellow disk of a life raft rose and fell nearby. He almost laughed as the realisation of what he had just done hit home. He felt momentarily exhilarated.
And then he saw it: the object, approaching from below. It rose up quickly, drawing level with his head, and then circled him slowly, its translucent surface reflecting almost shimmering images of the sea and clouds. Something inside was moving around.

And then it shot upwards.

Donald gasped as he felt his stomach lift. He looked up. The chute had been torn; its domed shape was tearing and collapsing.  He watched as the object made another pass, shearing through several of the cords attaching the chute to his harness. The chute collapsed completely.

Without even a moment to think Donald hit the sea. His lifejacket inflated, sending him up to the surface through a mist of bubbles. He gasped and looked around, quickly finding the life raft. He began swimming towards it, the deep swell of the sea making the going slow. Despite his suit’s insulation the chill of the water was already noticeable. Reaching the raft, he pulled himself up and rolled inside, propped himself up against the side. He breathed deeply, attempting to relax a bit. The life raft, as well as his suit, would have activated a homing beacon by now.  A rescue helicopter would arrive within an hour, and had probably already been scrambled. He would be back at the base for dinner. Yes, all he had to do was lay back and wait. He looked up at the clouds, taking more deep breaths.

And then he saw it, dropping towards him. The object hit the life raft, tearing it in two and dragging most of it underwater. The raft deflated almost instantly. Donald found himself back in the sea. There was very little of the life raft left.

The cold penetrated his suit once more.

Donald tried to calm himself and control his breathing. He still had his lifejacket and his insulated suit with its beacon. That would be enough. That would ensure his survival in the sea for at least a couple of hours: enough time for a successful rescue. He lay back, keeping his face up for a moment, and then glanced around as the swelling sea lifted him tens of feet up and down. The object was nowhere to be seen. It must still be under the water.

That thought filled him with dread. It would be less than an hour now until rescue, he thought. I just need to focus on that. Soon a helicopter would appear on the horizon, and then it would be right above with someone coming down to...

Something slammed into his back. His lifejacket deflated and he felt himself sink. He kicked hard to keep his head above surface.

The object rose slowly out of the water a few feet in front of him. Once above the waves it hovered there. Despite just emerging from the sea not a single drop of water dripped from it.

Donald was struggling to keep his head above the water. His suit was heavy. His legs were weakening.

The object hovered. Something inside was moving.

“What are you?!” Donald yelled as he sank. He coughed and spat as water sloshed into his helmet.

The object hovered, not moving.

Donald watched it, utterly bewildered, until the murk of the sea above cloaked his view.