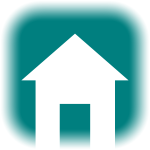 Can vigilantism ever be justified? Perhaps it can in a lawless, corrupt or anarchic state where the 'authorities' cannot be relied upon. But in a civilised first-world nation such action is unlikely to be of much help. Quite the opposite, in fact.

Fiction generally glamourises vigilantes, showing that taking the law in one's own hands is the most immediate and satisfying way to punish those that have committed the most heinous crimes. The most famous fictional vigilante is probably Batman. But his methods are far from subtle, and he leaves an incredible amount of destruction in his wake. A better idea may be to entice miscreants to meet their justice in a surreptitious manner, making them walk willingly into an irresistible trap. This would avoid involving innocent bystanders, and also the attentions of law enforcement agencies.

In my short story 'The House on Park Street' a man does just that, quietly and efficiently dispatching violent thugs in Mayfair, London. Read it in its entirety below:

They watched him as he left the Jeroboams wine shop and headed up the street, his tweed clothing almost monochrome under the pale street lighting.  He walked swiftly, swinging a heavy-looking dark fabric bag.

They followed the man, matching his foot steps, as he turned left on to Grosvenor Street.  It had started to rain.  With his head down the man picked up his pace considerably, quickly reaching Grosvenor Square and cutting across it.  Ant and Kev struggled to keep up.  The man passed by the American Embassy.  With the rain now heavy the man turned right into Park Street.  It was quiet, and very late.

Kev was breathing hard.  He caressed the blade in his pocket.  “I’m sick of this walking.  Let’s do it now.”

The man had stepped up to a door and was standing under the shelter of its white-columned porch.  He put down his bag and fumbled though the inside of his jacket.  Kev took his blade out of his pocket but kept it down at his side.  Ant followed suit.  As they were about to step up to the man he turned and grinned.

“Awfully bad luck, what?” the man said with joviality.  “The one time one forgets one’s umbrella it absolutely pours!”  He looked them up and down.

“Happened to you chaps as well, I see.  At least you have hoods!”  He pulled something out of his pocket and held it up.  It glinted in the light of the nearby street lamp.  “Ah ha!”  He turned towards the door and unlocked it.

Kev nudged Ant and frowned.  Ant took a step forward, and then stopped.

The man had turned and was grinning at them again.  He picked up his bag and gave it a quick shake.  The chink of glass bottles was heard.  “I say, would you chaps like to join me?”

Ant and Kev looked at each other, and then back at the man.

The man continued.  “I was planning on getting rather merry on my own tonight, or ‘on my tod’ as they’d say in Bethnal Green.  Being on one’s ‘tod’ can be frightfully dull, though.”  He opened the door, flooding the porch with warm light.  “It would give you two a chance to dry off.  You’re both positively drenched!”  He beckoned.  “Come on in.  It would be awfully decent of you if you did, and such jolly fun.”

Kev grabbed his shoulder and whispered.  “Do him, now!”

Kev looked through the doorway and then nodded.  They both followed the man through the doorway.  Inside, the hallway was lit with soft ambient lighting, and furnished with dark wooden side tables and upholstered chairs. The carpeting was deep blue, and soft.

The man took off his wet jacket and headed past the staircase on the right towards the back of the house.  “Follow me!”  He said, throwing his jacket onto the banister.  “Oh, and be so kind as to close the front door.”

Kev grunted and slammed the door shut.  There was a whirring noise, and then a click.  He frowned at Ant.

The man appeared at a door way.  “Don’t mind that sound, security and all that.  Can’t be too careful these days, what!”  He waved.  “This way.”

Ant and Kev walked to the back of the house and into an expansive kitchen.
The man was at the back, already unpacking his bag of beverages.  When he finished he held up the largest bottle, dark green with a deep red and gold label. He grinned.   “Krug Vintage Brut!  A fine one to start us off, don’t you think?”

Ant and Kev looked briefly at each other and then nodded.  They gripped onto their blades, still held close by their sides.

“Excellent.”  The man said, opening a cabinet door.  He pulled out three tall champagne flutes and placed them on the dark marble worktop, and then he started twisting the bottle’s cork.  He turned and nodded towards the centre of the kitchen.  “You’d better stand there.  This could splash.”  He laughed.  “Not that you could get much wetter after that downpour!”

Ant frowned but then decided to play along.  He nodded at Kev.  They stepped to the left.

The bottle popped open and a gush of champagne fizzed out.  The man chuckled.  “Such fun!  Dreadful waste, though.”  He poured a glass and took a sip.  He swallowed, letting out a sign of satisfaction, and then reached into his right trouser pocket.  He pulled out what looked like a small mobile phone.  “There’s a large round button on this which I must press now.  Hope you don’t mind.”

Ant and Kev frowned.  They watched as the man made an exaggerated motion with his thumb and pushed the button.  With a muffled clunk the floor fell away.

Ant gasped and instinctively reached out, managing to grab the edge of the hatch that had opened up beneath him.  He heard a scream from below, a fading yell of desperate profanity, and then a distant thud.  Breathing hard he looked down, but could see nothing but darkness.  He felt a tap on his right hand and looked up.

The man was crouching next to him, almost silhouetted against the bright halogen lights on the ceiling beyond.  He was still holding his glass of champagne.   “Well done.”  His voice was deeper now, less refined.  “You’re the first one to manage this.”

The man shook his head.

“We weren’t gonna do nothin’!”

“You were planning to rob me, and quite probably kill me.  And I have no doubt that you’ve succeeded in doing that to many others.”

The man ignored him and stood up.  He was still holding the device he had used earlier to open the hatch.  He pushed another control and held it to his ear.  “… Yeah, there’s another.  He’s hanging on to the edge...  I know.  He’ll be on the way in a moment.”  He put the device back in his trouser pocket and looked down at Ant.

The man took a sip from his glass.  “You take from society, but offer nothing but pain and misery in return.”  He seemed to focus for a moment on the bubbles in his drink, and then looked back down.  “You contribute nothing of value.”  He stepped forwards.  “You are worthless.  Pointless.”

Ant fell.  He gasped and watched in terror as the light above receded, and then an incredible force hit.  An unusual pain, deep and widespread, consumed him, and the iron tang of blood filled his mouth.

He tried to breath, but nothing happened.

Ant tried to yell, but nothing happened.

The light narrowed to a sliver, and then vanished.

In the darkness, something tugged at his arm…