There are many stories about nuclear war. I find them utterly chilling, but irresistibly compulsive. To me they are probably the most frightening books or films that have ever been written. The scenarios of most are, or were, almost entirely plausible. And that is were their power lies. 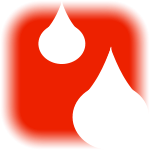 Such powerful stories are what motivated me to write the very short story below. Titled 'Three Ancient Trees', it features a nuclear holocaust from the point of view of an unusual extra-terrestrial infestation that is feeding off the human cadavers that are brought to them by generation after generation of the local children. When the unthinkable does eventually happen the infestation, unlike the humans that serve them, has a means of escape.

The story is short enough that I can include it in its entirety below. Enjoy:


The offspring always played beneath the three ancient trees.

In the spring, despite the smell of decay, they would laugh and giggle with joy, the bitter cold of previous months banished from their thoughts.

During summer they would gather the large spiky seed pods from amongst the bones, tearing them open to reveal the hard seed inside.

When autumn came they would pile up the fallen leaves and then kick them high into the chill and strengthening wind, spreading the now sodden bones far and wide.

And when the gloom of winter returned they would place the bodies of their offerings at the base of the wide trunks of the trees, packing them tightly with snow, preserving them for absorption when the thaw finally came.

And they did all that without remorse and hesitation.  The dew-like droplets above made sure of that.

The droplets watched, all-seeing, as the bipedal offspring performed their tasks below, occasionally dropping onto them and sinking into their skins to motivate and persuade, to instruct and reward.

Functioning as one and as many, the droplets had for millennia feasted on the remains of those brought to them by the thousands of generations of offspring that had played below.  Once the trees had extracted the nutrients from the putrefying corpses at their roots the droplets would suck the nutrients from their leaves, euphoric in their effects.

Occasionally the parents of the offspring and others would come, and they would run from the sight of the bones and decay.  Some of the droplets would follow, riding the air as mist, reaching into those that would try and stem the flow of their sustenance.  The larger bipeds were always subdued.  They would not object to the work of the offspring, and they would never return.

As the centuries passed the number of offspring grew, and so did the number of nutritious bodies for the roots to absorb.  The dew-like droplets thrived.

But then the lights and the burning winds came.

Just after dawn one day, as the first of the offspring approached dragging a large nutrient-rich body through the deep snow, the horizon all around lit up.  Dozens of lights, like new suns, rose and swelled, erasing the clouds from the sky and sucking up immense swirls of hot dust.  The offspring scattered, many burning as the heat of the lights bubbled and blackened their skin.  Gusts, long and hard, blew away the snow.

The droplets, airborne, swirled in the violent winds, before coming to rest on the scorched branches of the trees.

The offspring were gone.

The trees were dead.

Snow soon returned, speckled grey by the dust that now darkened the sky.

The droplets were hungry.  They had no choice.  Rising through the frigid air as mist, they headed up to where the air was no more, and left.