Throughout human history there have been some quite horrendous rituals performed by tribes and civilisations around the world.

The Mayan civilisation, for example performed human sacrifices on an almost industrial scale, the most common method being decapitation and heart extraction. Other methods included ritually shooting the victim with arrows, hurling sacrifices into a sinkhole, entombing alive, disembowelment, and even tying the victim into a ball for a ritual reenactment of a ball game.

More disturbing are the Aghoris of northern India; a sect of Hinduism who still practice cannibalism. They consume the flesh of dead bodies found floating in the Ganges river in the hope of immortality and supernatural powers. They drink from human skulls and practice cannibalism in the bizarre belief that eating human flesh has special benefits, such as the prevention of aging.

Eskimos had a different but still disturbing ritual. When old age struck, elderly Eskimos were set adrift on an iceberg. Alone, and without any help or means of return they would inevitably freeze or starve to death. This was considered a good and dignified way to send the elderly on to the afterlife, and for them to avoid becoming a burden for their family. Remarkably, there are concerns that this practice is still used today. 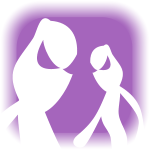 And all that brings me to my short novel, 'The Impaler and the Slim-Jims', which features an equally gruesome ritual known as the Ceremony of Impalation. It is performed regularly by the underground scientific community of Impaler, where young males are forced to dive onto a long spike. If they survive they are judged worthy of becoming scientists and go on to a prestigious life of research and discovery. If they die their bodies are thrown into a dog pit so that the shame they have brought to their family can be digested away.

Two bounty hunters, Peter the Ace and Panman, masquerading as visitors from the other side of the planet, are invited by the community's leader, Tiyr'd, to witness the ceremony, after which they come to understand why all the adult males are significantly deformed:


The two bounty hunters followed Tiyr’d onto a large tiled balcony overlooking the centre of the village. A large crowd had gathered outside and were staring up at the tall platform and at the three metre spike at its base. Several young males were climbing up a ladder on the platform’s side.

“It is the Ceremony of Impalation.” Tiyr’d said with reverence. “At the age of thirteen, all males must take part in it.”

One of the males had reached the top of the tall platform. He was now at least fifty metres above the village. The crowd turned to face the balcony.

Tiyr’d started to make a speech. “My fellow Impalers, once again the hour is upon us - the hour when our adolescent males must take the leap of faith to determine their destiny. Will their future be a noble one of cerebral scientific research, or will they plunge into the scorching trans-dimensional cavity of uninterrupted destitution?”

The crowd bowed their heads and spoke in unison. “The Almighty Impaler, god of all science, must judge our young males.”

“Yes.” Tiyr’d said with complete seriousness. “The Almighty Impaler must judge them. And that time of judgement is now.”

The crowd spoke in unison once again. “The time of judgement is now.”

Tiyr’d pointed at Peter the Ace and Panman. “For the first time in our history outsiders will witness the Ceremony of Impalation. These two beings have travelled to us from the other side of our world to be with us tonight. Please welcome Herbert and Gareth of the Muscle-Russells.”

The crowd bowed towards the bounty hunters. “Welcome Herbert and Gareth of the Muscle-Russells.” they said in sweet harmony.

Tiyr’d raised his contorted arms as high into the air as he could. “The Almighty Impaler is watching. Let the ceremony commence.”

All of the young males were standing on top of the platform now. There were five of them, and they huddled together like puppies. One of the young males broke away from the group and walked to the edge of the platform. He looked down and spread his arms out wide. “I am Hatr’d, son of Neutr’d, the molecular biologist.” he shouted, his voice full of pride. “I submit myself for judgement.” Hatr’d swan-dived off the platform and plummeted down. He let out a shrill scream as his body hit the spike. He was skewered upside down from his shoulder right through his left leg and out through the sole of his foot. His thigh bone had been pushed out and hung from his torn leg. Blood pumped freely from his horrific wounds rapidly staining his white coat. After a couple of seconds Hatr’d moaned.

The crowd cheered. “He lives!”

The leader of Impaler spoke. “Hatr’d has been judged. He is deserving of a position as a scientist. Take his injured body from the spike and treat his wounds.”

Four females approached the impaled male, grabbed him, and then proceeded to tear him off the spike. Hatr’d yelled as his flesh was ripped.

Others are not so successful:


A second adolescent male had positioned himself on the edge of the platform. The crowd’s gaze returned to the top of the platform. As Hatr’d had done only two minutes earlier, the second male spread his arms and introduced himself. “I am Wizzr’d, son of Pepr’d, the nuclear physicist. I submit myself for judgement.”

There was no scream this time. Just a crunch, splat, tear, squelch, and thud in rapid succession. The spike had entered the young male’s body through the top of his skull and had exited through his butt-cheeks. He had been split completely in two. His divided body slipped off the spike and fell to the ground at opposite sides. The muscles in his limbs twitched randomly. His entrails exuded from his belly and slithered into the lake of blood that had formed around his torn physique.

The crowd watched in silence as the twitching and convulsing slowed then stopped. They spoke quietly and in unison. “He dies.”

“Wizzr’d has been judged.” Tiyr’d said. “The Almighty Impaler has sent him to the scorching trans-dimensional cavity of uninterrupted destitution. Remove his body and dump it in the dog pit. His physical form must be digested to rid us all of the shame he has brought to our society.”

The four females dragged the two halves of Wizzr’d away.

When the bounty hunters start to question the necessity of such a barbaric ritual the Impaler leader is not at all happy:


“Interesting ceremony.” Peter the Ace said to Tiyr’d. “Rather unnecessary though, don’t you think?”

The leader of Impaler became defensive. “It is described in detail in the great book of Impaler! The Almighty himself decreed eighty billion years ago that it must be performed three times a week. It is the only sure way of determining which of our young males will develop into magnificent scientists.”

“Definitely not!” Tiyr’d said. “It would be much less efficient.”

“Our community cannot afford to have non-scientific males running around making a nuisance of themselves and eating our precious food supplies. The Ceremony of Impalation makes sure that only those with keen scientific minds survive.”

“But how does leaping fifty metres onto a spike ensure that?”

Tiyr’d was growing impatient. “Because, only those with the intelligence to avoid getting their head skewered can handle the demanding research that we undertake!”

Just like rituals performed by Earth's civilisations and tribes, the ritual described in my story is outrageously cruel, and justified on the basis of religion and superstition only, and without a shred of evidence to back up any of the claimed benefits.

How did such things become so normal to so many people?