There are many ways to develop a frightening and disturbing antagonist in a science fiction story.  But one of the most potent, in my opinion, is to make that antagonist a synthetic being. The thought of such a constructed and programmed machine, endowed with a highly intelligent and sentient artificial mind, and incredible strength and agility, is nothing short of chilling. 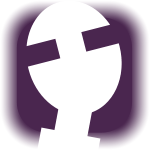 And that is why I particularly enjoyed writing my novel, ‘The Kretins of Doctor Combobulay’.  Spoiler alert:  if you've yet to read the novel, you may want to stop reading now…

The story features a Cifitra, a member of an ancient race of metallic artificial beings. The Cifitra have a voracious desire to dominate or annihilate developing civilisations, and they like fulfil that desire in the most cunning and surreptitious manner possible. This almost always involves covering their tough but spindly metallic frames with life-like biological flesh to imitate those that they wish to infiltrate and control. And the imitation does not stop with their physical appearance. They also adopt a different mental state to complete their disguise. This is why sightings of Cifitra in their natural metallic state are almost unheard of, and why they are difficult to detect until it’s too late.

In ‘The Kretins of Doctor Combobulay’ the Cifitra in question has, for some bizarre reason, disguised itself as a megalomaniacal, incontinent and bad-tempered old woman called Doctor Combobulay with the aim of wearing down and then ruling over the fledgling civilisation of the Stoidi. After pummeling the Stoidi’s home planet, Droog, with redirected asteroids, the Cifitra hides in a huge submarine beneath the oceans of Droog to await the perfect time to emerge and rule over the subdued survivors.

It’s not until the final third of the novel that the Cifitra is revealed. After infiltrating the submarine the bounty hunter, Panman, is the first to figure out Doctor Combobulay’s true identity, and he doesn't waste time proving it to his companion, Sind’a Thighs:

With an agile flick of his thumb, the bounty hunter changed the setting on his pistol, and then fired.

Instantly, Doctor Combobulay was consumed in a ball of flame as arcs of energy flickered like designer lightning over her body. She writhed, screaming like a bloated baby, as her clothes were reduced to charred flakes. Her skin bubbled into deep red boils that burst into sprays of steam.

Despite her training and upbringing, Sind’a Thighs found herself slightly shocked by Panman’s actions. She spoke, shouting to be heard above the doctor’s agonised and gurgling screams. “Surely we should keep her alive? This kind of torture is not productive.”

Doctor Combobulay’s screams became shriller as Panman’s horrific onslaught continued. Her skin was now flaking off in large blackened chunks, revealing cracked and already over-cooked internal organs. Smoke billowed into the air. And then the doctor’s massive bladder burst. A flood of scalding hot urine gushed onto the floor, and then evaporated rapidly. The doctor thrashed, sending charred tissue flying in all directions.

There was virtually no flesh left on the Doctor now. Even her head had been stripped bare. The doctor still managed to move and yell, but the yell no longer sounded human.
Sind’a Thighs was beginning to realise what Panman had realised many hours ago. Doctor Combobulay was not a shrivelled and incontinent old lady. She was not a bad-tempered, moaning and bitter old hag. She was something far more dangerous.

Panman ceased fire. Immediately the noise level dropped. All that could be heard was the crackle of flames as the remnants of the doctor’s flesh continued to burn on the floor.
Something was moving within the shroud of smoke that surrounded Doctor Combobulay’s chair. As the smoke started to clear a slender and weak-looking skeleton could be seen. The skeleton was brushing away the last specks of scorched flesh from its bones. But they were not really bones at all. Instead the sheen of polished metal could be seen, and small motors that existed next to joints and sockets whirred gently.

Doctor Combobulay was a machine.


We now get to see the the Cifitra’s true appearance:

The doctor’s metal head turned and looked at the bounty hunter. Its eyes were now deep black pits that seemed to disappear deep into its shiny head. “You have destroyed my organic skin,” it said, its voice now metallic and deep, “nothing more.” It stood now, looking remarkably strong despite the spindly nature of its metal limbs. “You have freed me from the need to maintain my cover as that insipid woman. I no longer need to act as a feeble flesh being. That is something you will come to regret very shortly.”


The machine’s malevolent confidence is revealed. It becomes a potent and deadly opponent for the bounty hunters. I won’t spoil things any further by revealing its ultimate fate, which I hope is not at all predictable.

Although part of my ‘Bounty Hunters of the Palace of Amino’ series of stories, ‘The Kretins of Doctor Combobulay’ can be read on its own. I consider it one of my best written novels so please do read it.