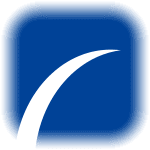 A couple of years ago I started wondering what actually happens to nuclear missiles, and other military nuclear hardware, when they become obsolete. Generally they are dismantled and their nuclear material disposed of carefully. Or that's what we would expect to happen. But we all know that corruption can occur in all governments, at all levels. What is to stop an organisation paying vast sums to obtain such hardware? Not a lot, I suspect, if the right amount is offered to the right person.

Such thoughts were the starting point for my very short story titled 'The Luminous Order'.

I imagined a clandestine organisation that for decades had been acquiring nuclear submarines from Russia, the USA and Europe, complete with missiles and torpedoes. The supply of such equipment was regular, the motivation and paranoia of the cold war ensuring that the super-powers' had no choice but to constantly upgrade their arsenals. The corrupt individuals that allowed the sale had no idea that their counterparts in other governments were doing the same. The organisation quickly managed to build its fleet. It then waited; biding its time until the right moment came along for its plans to be put into action...

Although I don't make direct reference to it, the submarine featured in the story was one of the British Royal Navy's four Resolution-Class nuclear ballistic missile submarines which were the UK's strategic nuclear deterrent force from the late 1960's to the mid 1990's, after which they were decommissioned (and, for the purposes of my story, at least one of which was sold to the organisation mentioned above).

The missile launched in the story is a Polaris A3. It had a range of 2,500 miles, although in the story its target is only only a few tens of miles away. I suspect it would have needed some modification to allow it to arm and deploy its warheads in such a short time.

When I found the image (right) of a Polaris missile launching I wondered what it would be like to be in a boat nearby when it launched, and the shock of it suddenly popping out of the water without warning. With that thought I knew I had the setting for the story.

If you want to better visualise the story you can see some actual submarine ballistic missile launches here.